A fresh and comprehensive look into impressionist and modern art and its market, highlighting not only the iconic artists, but also the early 20th century tastemakers and market pioneers, from dealers and critics, to patrons and collectors.

Originally a pursuit almost solely by elites, art collecting is now undertaken by a much broader class, with many recognizing it as an investment activity, fueling a global industry.

This 4-module virtual programme explores how art transforms from simply objects of desire to an asset class in which both passion and value reside. Such evolution, from collecting to investing, is examined through the development of Impressionist and Modern art, highlighting not only the relevant art history, but also the ecosystem transformation that contributed to their commercial value today.

The first two modules offered in 2021 fall introduced the art historical context for Impressionism—how artists, dealers and collectors broke away from the establishment and created a brand-new ecosystem of art creation, promotion and transaction.

This spring, modules III and IV will begin with early 20th century Paris, where the circle of avant-garde pioneered movements from Cubism to Surrealism.  We will then journey to various art marketplaces, from Paris and London, to New York and Hong Kong, exploring historical and contemporary links and influences.

Module I: Championing the New


*Schedule and topics are subject to change.

Module II: From Passion to Investment


*Schedule and topics are subject to change.

Module III: The Circle of Avant-garde 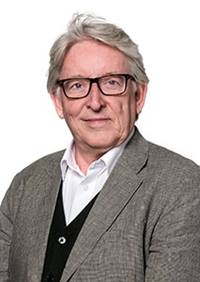 A former journalist at The Art Newspaper, his writing has appeared in numerous international art market publications. He has held board positions with art price data company Invaluable and the contemporary print retailer Eyestorm. He has published widely on the global art market, contemporary sculpture, museology, and art and design history and is an accredited lecturer with The Arts Society.

He was Senior Lecturer at Kingston College of Art from 2010-2017, directing the RICS-Accredited MA in Art Appraisal (Professional Practice) and has taught at Sussex University; IESA (Paris and London); and Richmond, the American University in London.

In 2017 he co-founded with Angelina Giovani the art provenance research agency Flynn & Giovani (FlynnGiovani.com), of which he is non-Executive director. 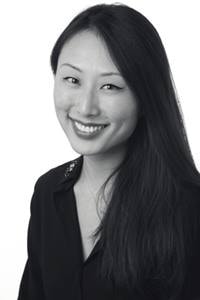 Yü-Ge was born in China, grew up in Germany and moved to London in 2013. Having studied and worked in China, Germany and England, she has a deep understanding of Asian and Western cultures and languages. She joined Christie’s in 2013 and has strong background in Client Services, Client and Business Strategy and contributed to the success of major Sales in Europe and New York for the Post-War and Contemporary Art Department as their Business Analyst. Since joining Client Advisory at the start of 2018, Yü-Ge focusses on advising, cultivating and fostering existing and new Asian clients. Furthermore she identifies collaboration opportunities with external businesses and spearheaded the first fully mandarin speaking live-event at Christie’s London. Yü-Ge speaks fluent German, English and Mandarin Chinese and is a Christie’s Auctioneer. 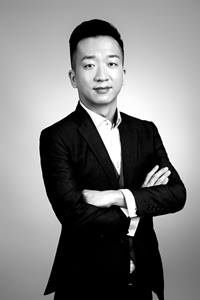 Henry was born in Hong Kong and was graduated from The University of Hong Kong with a Bachelor of Arts degree. Prior to joining Christie’s, he was a relationship manager at Citibank covering high-net-worth and ultra-high-net-worth clients. Henry joined Christie’s in 2018 and have since been committed to developing multi-category interest of clients in art and luxury. Throughout the client journey, Henry would offer advice from collecting to consigning and ensure that clients are able to build up a collection that lives up to their aspirations. In addition, Henry also works closely with a number of business partners to cultivate interest of prospective collectors and bring in new clients for the company.

Module I: Championing the New
Module II: From Passion to Investment
Module III: The Circle of Avant-garde
Apply the Full Programme now to gain access to materials from previous modules.

Module IV: The Globalization of the Art Market
Monday to Wednesday | 4-6 April 2022

Module I: Championing the New
Module II: From Passion to Investment
Module III: The Circle of Avant-garde
Apply the Full Programme now to gain access to materials from previous modules.

Available for unlimited playback within 7 days. Successful registrants will receive the viewing link on the next business day.

Upon completion of full programme, eligible participants will be entitled to receive a certificate of completion upon request.