This two-day course will focus on the celebrated Russian jeweller Karl Fabergé and his firm. We will look at how the business started and grew to earn universal admiration, the categories of items the firm produced and how they did it. We will also look at some important works by Fabergé from the iconic collection of Harry Woolf, which will be offered at Christie’s on 29 November.

What you will discover:

• Key insights into understanding of the works by Fabergé

• Knowledge of the history of the firm

11/11: During the first session, Ulla Tillander-Godenhielm will speak about the history of Faberge and its relationship with the Russian imperial family.

12/11: The second session will be about the collection, the history of the collection and the collector, Mr Woolf. Christie’s specialists, Margo Oganesian and Alexis Tiesenhausen, will be focussing on some of the items and talking about them in more detail.

Born into a jewellers family, great grandfather Alexander Tillander was a jeweller in St Petersburg from 1860 to 1917 after which the company moved to Helsinki, Finland.

B.A. in business administration at the Helsinki School of Economics (1963).

Ph.D. in Art History from the University of Helsinki (2005).

Member of the Advisory Board of the Fabergé Museum in St Petersburg. (2013 to present)

Organizer/Curator and Co-curator of a number of exhibitions on Fabergé and the art of the St Petersburg jewellers in Finland, Sweden and the USA (1980s to present)

Lecturer and author on the topic of Fabergé and the art of the St Petersburg jewellers at home and abroad.

Publications (A selection in the English language)

A devoted Russian militaria and Fabergé expert, Alexis wrote the foreword to The Fabergé Imperial Easter Eggs by Tatiana Fabergé, Lynette Proler and Valentin Skurlov (1997) and is the co-editor of The Preobrazhensky Regiment during the First World War and the Civil War published in 2010. As International Head of the Russian Department, Alexis is responsible for high-level business-getting for all sale sites. Of Russian parentage, Alexis was born in Paris and attended the Institute de Sciences Politiques before going on to study law at The Paris University.

Margo joined Christie’s Russian Art department in 2013. She has a strong background in Russian art history, gaining an MA from the Courtauld Institute of Art, in addition to fourteen years of commercial gallery and auction house experience. Margo has been instrumental in securing Christie’s leading position on the Russian Works of Art and Fabergé market. She is responsible for researching, sourcing consignments, and coordinating catalogue production for Russian Art sales.

Margo was involved in the iconic sale of the Important Collection of Masterpieces and Imperial Treasures in November 2017, which included the silver rhinoceros automaton and the model of a sedan chair by Fabergé. Most recently, she oversaw the sale of the Duchess of Abercorn's Fabergé collection. Her in-depth research and business getting significantly contributed to Christie’s leading position on the Russian Art market.
Additional Information

Read our Frequently Asked Questions to find out more information about short courses.
Contact Us 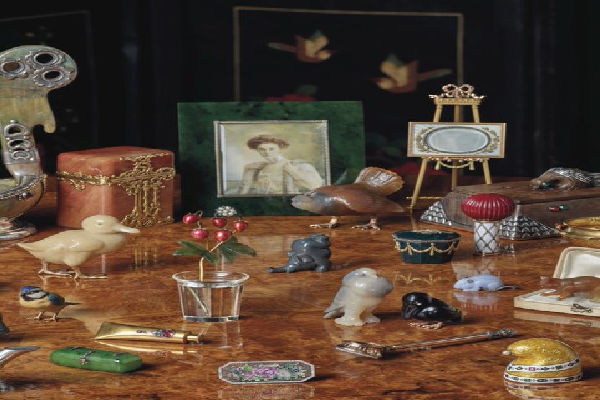