Hi, my name is Micah and I am a Christie’s Education London Yale intern. Earlier this month, I visited the Frieze Sculpture exhibition. Located in Regent’s Park, a 5 minute walk from Christie’s Education, this exhibition is London’s largest public display of outdoor art. It hosts over 20 international artists with sculptures of varying compositions and motifs. Here are some of my highlights. 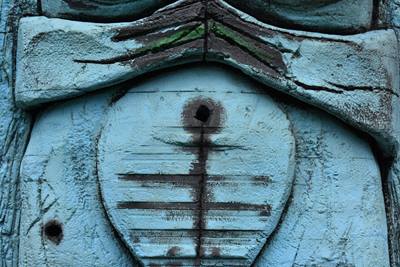 
Huma Bhabha is a Pakistani-American artist concerned with the anthropomorphic identity of natural materials. Receiver reflects this transition of material to human form with its minimalist block cuts and its laying bare of wood grains. Larger than life and sinister in expression, this sculpture is reminiscent of a bygone idol. In many ways, Receiver is in juxtaposition to the standard representation of women in sculpture, a representation governed by the male gaze. Receiver receives this gaze and lashes back. 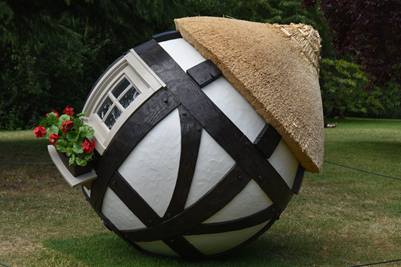 Based in New York City, Lars Fisk is involved in the act of dimensional translation. He takes everyday objects and converts them from Cartesian to Spherical coordinates. Altering our conceptions of space and depth, Fisk’s works are both playful and absurd. He removes right angles and by doing so, erases the rigidity of the ordinary. Tudor Ball is a comic reference to one of the most prosperous periods in British history. 
Emily Young is one of the few British artists in this exhibition. Celebrated for her stone sculptures, she draws attention to the parallel between materials below the earth and far above. Constructed from onyx, Solar Disk III emphasizes the contrast between dark and light. It lies East of the viewer which means that during the day, it reflects the Sun’s rays but in the early morning, it forms a dark penumbra. Solar Disk is a meditation on the geological and astrological, the primordial and the infinite.

This year’s Frieze Sculpture exhibition lasts from July 3rd to October 6th, 2019. Admission is free and open to the public.