There’s a wonderful and unexpected fact about Mark Rothko that rarely appears in auction catalogues or on gallery wall panels: the melancholic, chain-smoking titan of abstract expressionism was an art teacher at the Brooklyn Jewish Center, where he taught children for more than 20 years.

Rothko recognised in children’s art similarities with the work of modern painters, and used the classroom to encourage invention and the use of colour over technical facility. ‘Painting is just as natural a language as singing or speaking,’ he wrote. Children make art ‘in the same manner as they speak, unconscious that they are using the rules of grammar.’

Corresponding with a child’s innate creativity is their ability to engage with and absorb art. Christie’s Education’s academic and art historian Ben Street wants children to intuit visual culture on their own terms, and enjoy it. His irreverent introduction to art, How to Be an Art Rebel, with illustrations by Jay Daniel Wright, is, he hopes, a gateway to ‘looking at and thinking about art as something creative in and of itself.’

Under the playful guidance of a museum cat readers encounter abstract, surrealist, nude and contemporary art, ancient sculpture, still lifes and portraits. Ben was inspired by the children he met as a museum educator, where he discovered they were ‘more willing to ask the questions that adults often don’t dare to.’

Ben wanted to avoid the kind of art book ‘that reads like a school textbook.’ Instead, How to Be an Art Rebel is intended to give children the confidence to formulate their own interpretations of famous works. ‘Writing it was an attempt to maintain my interest in that way of looking at art.’ And while there are clues to understanding the symbolism and stories behind the works, ‘there aren’t many dates or names of periods or artists’ biographies: it’s about looking and having fun, not learning facts — those come later.’

Writing the book had its challenges, Ben notes; particularly the emphasis on intuition and imagination over the communication of facts. ‘How do you write about a certain Clara Peeters still life without discussing the Dutch Golden Age?’ he reflects. ‘A seven-year-old couldn’t care less about such things, so you have to ask yourself, “what’s actually interesting about this particular painting?” And in the case of the Peeters, it’s cheese.’

Ben will also be teaching on Christie's Education's Stories of European Art later this year. 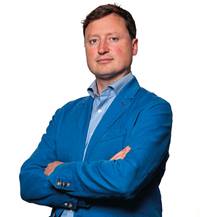