Le Violon d'Ingres, 1924 is arguably Man Ray’s best known work and one of the most recognized and celebrated artworks of the twentieth century, epitomizing his dedication to artistic freedom and continually revered as a Surrealist icon. This session will focus on Man Ray, his Rayograph technique, his inspiration to and ties with the Jacobs family, and Le Violon d'Ingres as a masterpiece of 20th century art.


Schedule and topics are subject to change. 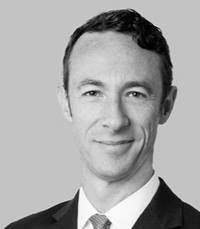 Having joined Christie’s in the Fall of 2014, Himes is responsible for setting and implementing a global strategy for the department and managing the international team. He is based in New York, and brings with him a rich knowledge of the history of the medium, with a keen interest in the contemporary market. Most recently Himes was director of Fraenkel Gallery in San Francisco. Prior to that, he was a co-founder of Radius Books, a non-profit publisher of books on art and photography, and a founding editor of photo-eye Booklist, a quarterly magazine devoted to photography books. A widely respected lecturer and writer on photography and photobooks, his most recent title, Publish Your Photography Book, was co-authored and published in 2011. He received his Masters of Arts from St. John's College and his Bachelor of Fine Art’s degree in Photography from Arizona State University. Himes also lived in Haifa, Israel, where he oversaw and worked with a permanent collection of over 50,000 photographic objects drawn primarily from the Near and Middle East and dating as early as the 1870s.

Virtual Classroom on Zoom. Successful participants will receive information about how to access the event when they register.

Available for unlimited playback within 7 days. Successful registrants will receive the viewing link on the next business day.