Christie’s Asia Pacific Head of Handbags & Accessories, Ms. Winsy Tsang and Christie's auctioneer Sara Mao will introduce participants into the fascinating world of iconic handbags and their place in the collector’s market today.

This programme provides a beginner's guide to collecting handbags.

From understanding their iconic status, auction records, to identifying leather, shapes and mode of creation, join Christie’s Asia Pacific Head of Handbags & Accessories, Ms. Winsy Tsang, who will lead the programme and introduce participants into the fascinating world of iconic handbags and their place in the collector’s market today.

Participants will gain first-hand knowledge in authenticating leather-types and exotic skins, recognize major designers and trends over the decades, and gain insight into the Hermes market which created the auction world record for any handbag sold, here in Hong Kong. 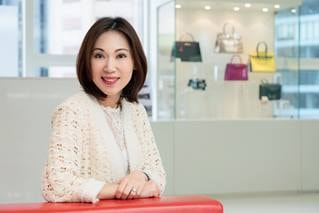 Winsy Tsang holds the role of Head of Sale for Christie’s Hong Kong Handbags & Accessories department. Based in Hong Kong, Winsy’s primary responsibilities include business getting, client advisory and market analysis to facilitate the growth of this rapidly expanding category in the region.

Before taking up her current role at Christie’s, Winsy was in charge of Merchandising at Louis Vuitton, overseeing its Leather Goods and Accessories business in North Asia. Winsy brings over 15 years of valuable experience in the luxury handbag field as a product specialist and buyer, and applies these skills to the curation of market enhancing sales while at Christie’s.

Winsy graduated from the Royal Melbourne Institute of Technology in Australia and holds a bachelor degree in Economics and Finance.

Sara has curated over ten seasons of auctions for some of the most iconic paintings in the field of Chinese paintings, nurturing client relationships with seasoned collectors and new buyers, and leading the growth of the category through securing consignments globally for auction and private sales. She was responsible for spearheading record-breaking sales of Fu Baoshi’s The Song of the Pipa Player for HKD204.8 million, and Zhang Daqian’s Ancient Temples Amidst Clouds for HKD102.4 million, in 2017.

Bringing her specialist experience to education, she currently leads programmes in Asian Art, Art Business and Luxury Connoisseurship, with a focus on Women Artists and Art & Tech. She was the curator for Christie’s Art + Tech Summit “Mixed Realities” in 2019, and co-convenor for Christie’s Education’s first online academic conference “The Chinese Art Market”, in 2020.

Sara is also an auctioneer for Christie’s, supporting numerous charity auctions including Save the Children, Ronald McDonald House, Make a Wish Foundation, The National Kidney Foundation (SNG), and others.

After receiving her B.A. in Philosophy & English Literature at the University of York (UK), Sara acquired her Graduate Diploma in Law from BPP Law School (UK) and a Master of Letters in History of Art and Connoisseurship, with a concentration in Chinese art, from Christie’s Education and the University of Glasgow.

Click here to learn more about other auction week programmes.

A Peek Behind the Photograph: Conversations with the Dealers

Mapping the Art World: The Rise of Market for Modern and Contemporary Art

Ladies at their Mirror; Self-Portraits by Women From Antiquity to Modernity

How to Buy Photographs at Auction: Bidding, Tips and a Visit with the Specialist name

Art In the City London

Treasures of the Dutch Golden Age

Masterclass | Secrets in the Paintings

Art in Focus 2021 | Chinese Ceramics, Paintings and Works of Art

Art in Focus 2021 | Insights from Collectors in Asia

Art in Focus 2021 | From Classics to Contemporary Art

From Net Art to Beeple: NFTs in Context